Purpose in the Process

How often are we aware of “the one”. It’s a theme the Lord has really been laying on my heart over the last month.

It really began A couple of weeks ago when jonah and I went to a hockey game. It was freezing out and we were running (literally) to a dinner reservation, when we passed a homeless man curled up by a trash can. I know any time you are in an urban setting the homeless population rises, but passing him by, my heart broke.

We carried on to have dinner, ran back to the arena and the game started. As the game progressed my mind wandered back to that man curled up outside. I remembered I had some cash in my purse (a rarity), so I quieted my mind by thinking I’d give it to him after.

3 periods, a shootout and sudden death later I had forgotten. As we darted out the doors to get home to our babysitter, I caught him out of the corner of my eye. And though my intentions were good, all my immediate reasoning pulled on me.. and I passed him by.

The next morning getting up to spend time in worship, my mind went back to the moment, and I began to weep. Not out of guilt, but because sitting there thinking about him, i was reminded of the ministry of Jesus.

Though Jesus spoke to the masses, He was always about the one.

I don’t think we pass people by because of insensitivity. I think we are so overexposed by social media to everyone’s hurt, struggle, etc. that it becomes more of a defense mechanism, because let’s be honest the heart can only take so much.

But in that moment I was reminded of the believers responsibility to see the One. We can’t help everyone, but we can tune our ears and eyes to Heaven to notice the one that others may pass by. Maybe it’s a homeless person, but maybe it’s someone you notice at work or the store. And who are we to decide the difference a small act will or won’t make.

The Word says the world will know the love of Jesus through our love for others. Though it may hurt to open wider, I am challenging myself to ask daily for the one. I can’t do it all but I know I can be the love of Jesus to someone. And I invite you in today to do the same. 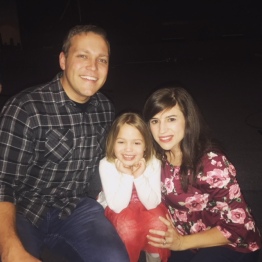 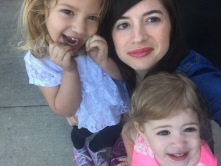