Purpose in the Process

Sunday was 5 months from my initial surgery. In these last several months, one of the biggest things I’ve been challenged with is having a thankful heart. If I’m being honest, waking up the way I did, being blind-sided the way I was, at times it became very difficult to be thankful. But as I’ve learned, perspective is everything. And the more perspective I get, the more I am able to see that there are so many things to be thankful for. Thankful I finally saw a doctor and thankful she had wisdom to take a closer look at me. Thankful that this tumor wasn’t cancerous! Thankful that so much of the rehabilitation many face I never needed… Perspective is everything.

On April 6th Jonah and I celebrated four years together. As we sat and talked taking stock over the last year, I was suddenly overwhelmed with thankfulness. No, what I’m facing isn’t fun, but it’s no where near the end of my world. In life we’re so quick to let go of thankfulness. We focus on the things that are not going well instead of celebrating what is! This year we welcomed Maelie into our family. We have a thriving two year-old. We have wonderful family and friends and we have each other.

The Bible says, “Give thanks in all things; for this is the will of God in Christ Jesus concerning you.” The worst possible thing we can do is to take the “this” in the scripture and replace it with what we are going through. When we do that what we are saying is, “give thanks because this (sickness, tragedy) is Gods will for you.” No, what God desires for us to have is a lifestyle full of thankfulness. Sickness and tragedy are never His will, but when we continually live from a posture of thankfulness we are able to grab a hold of hope when it seems its light is at its dimmest. I heard it once said that, “we make choices and eventually they make you”. It’s so true. We make choices to be negative or positive everyday in the little and big things. But then the pressure of life comes, and when it does, what we’ve chosen to put in is what makes its way out. The Bible also says about Jesus, “we have this hope, an anchor to our soul, firm and secure.” I’m a visual person. I look at it like this, there’s a boat in the water and a storm comes. The boat rolls with the wind and clashes against the waves. But what the storm doesn’t know is that far beneath the water, the boats anchor is firmly planted. Right now I may be in the midst of the storm, but beneath the surface Jesus is my anchor, firm and secure. I can drift from the site of the anchor, but if I get too far the anchor will always pull me back.

Last Monday I had a test done to determine the functionality and responsiveness of my facial nerve at this time. I didn’t share that with too many people. Of course the ultimate fear was that the doctor would stick his needle in my nerve and that it would be silent. I wouldn’t let myself go there. One thing I learned a long time ago which has benefited me GREATLY in life, is to not entertain vain imaginations. To put it plainly, a vain imagination is entertaining things that have not actually happened, and possibly never will. When we focus on the things that haven’t happened and may never be, we are putting out into the universe what we expect to receive. I just can’t afford to go there. So we went to the appointment on Monday. The doctor was this mad scientist looking guy. In my opinion he was way too excited to be sticking me in the face with needles. Jonah was there and he joked with us and put me at ease (as much as possible). The first test he did was where he placed electrodes on my face and stuck a needle by my temple into the facial nerve … ouch. He then had me open and close my eyes, first lightly and then harder. The machine I was hooked up to began to give off noise as I closed my eyes. I was suddenly so relieved. Noise was good. Noise was nerves. Second he used a gun type instrument and triggered the facial nerve near my jaw. As he pulled the trigger the entire facial nerve would contract. After he did that on both sides he gathered all the information and we talked. He showed me that on my strong side the nerve responded in 2.4 seconds. The nerve on the weak side responded in 2.7. The actual nerve activity measured at 5 on my strong side and 3.7 on my weak side. He told us that my nerve was operating at about 70% and that I should be encouraged and very hopeful. It was SO great to see actual results. I left the office feeling wonderful.

When you have this hope that you’re holding so close to your heart, you’re always on the look-out for something that will agree with it. It could be a feeling or it could be a word spoken by someone. When you’re looking for life, that’s what you’re going to find. In my case I was desperately ready for the numbers to line up with my hope. So here I am. No movement yet, but extremely hopeful. I was listening to a message recently where the pastor was talking about the parable of the farmer who planted a field and went to sleep and when he woke the field has sprouted up and the farmer didn’t know how. I’ve heard messages taught on this parable before, but always from the farmer’s perspective. But he began to speak about sometimes we’re not the farmer … we’re the seed. We’ve been dropped in the ground and covered up with dirt (cue irrational fears of being buried alive), and we’re in the place where we can’t do anything. We can’t do anything but trust that the process we’ve entered into will come to completion. That spoke to me. When you’re walking in faith, you pray, you believe, you speak, you stand, and at the end of the day you have to lie down and believe like the Bible says, “He who began a good work in you is faithful to complete it.” And some days, that’s the long and short of it. Because the truth is that in and of myself I can’t make it happen. I can’t. But I know that there’s a price that’s already been paid so that I can be restored fully.

Can I tell you how intense the pressure in my life is right now? How much I really want relief and want it all to end. And while I can’t make my nerve come back on my schedule, I can abandon the process. I could just throw my arms and say, this is my new normal. And begin to live from that place. But I can’t. I can’t agree with that. It takes a lot more strength to swim upstream then it does down. But it’s worth it. I might be a seed in the ground, but I’m not stuck in the mud. I’m hopeful in my God. I’m hopeful in the process. I’m not willing to let up because I know there are other people that need someone to not let up for them. It is possible and it is going to happen. And in the meantime, I’m going to choose to trust the process. 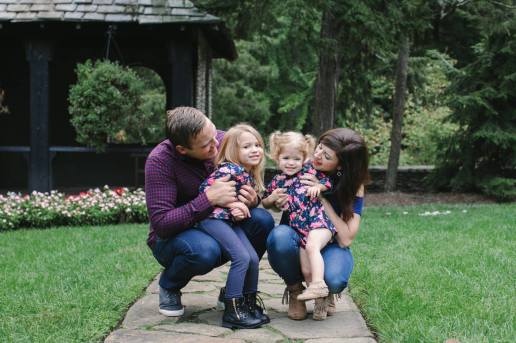